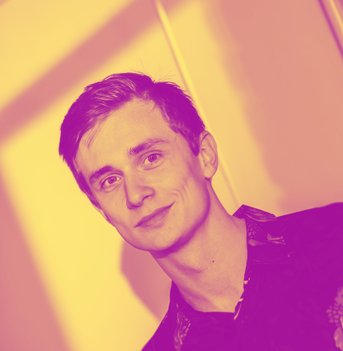 Lasse Fischer is an artist and theatrical designer from Kassel, Germany. He currently studies Production Arts and Design at the Royal Conservatoire of Scotland in Glasgow, and will earn his BA in 2022. Lasse previously studied architecture and earned his BSc in 2020 at the University of Kassel, Germany. Whilst studying architecture, he was involved with various theatrical productions, both on and off stage.

Lasse's approach to scenography utilizes contemporary, elegant and dramatic domains that support the artistic themes of the performed pieces and captivate the audience through imaginative spectacle. His work process and style are influenced by his background as performer on stage as well as his love for pioneering and daring performances.

Upcoming productions include "Thebans" by Liz Lochhead (Nov/Dec 2021) as well as numerous other productions at the Royal Conservatoire of Scotland (2022). "Pfirsichbäckchen Mimi" was renewed for another season and will be perfomed summer 2022 in Kassel, Germany. He also designed the short film "framed in time" as well as "Earth is never dry" which will celebrate their festivaltour in 2021/22.

For more information please click on the link provided